Breaking News: Over 1,500 carers in Inverclyde due to receive extra payment

Breaking News: People in Inverclyde to have their say on lockdown restrictions 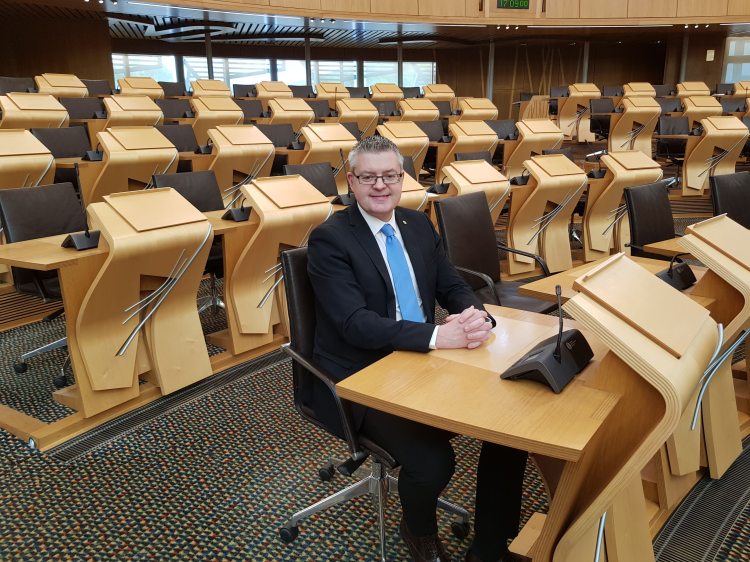 Stuart was born in Barrow in Furness in Cumbria, England, on 6 May 1972. He moved to Inverclyde when he was a child, where he attended Port Glasgow High School. After attending Central College of Commerce, Glasgow, he studied at the University of Abertay in Dundee where he graduated with a BA (Hons) in European Business Management with Languages and latterly an MBA. After graduating, he worked for IBM before working for the Scottish National Party’s central office in Westminster. Before being elected in 2007, he was office manager to Scottish National Party Member of the Scottish Parliament Bruce McFee.

In 2007 Scottish Parliament election he stood as the SNP candidate for Greenock and Inverclyde constituency, coming second but was then elected on the regional list for the West of Scotland region. He contested the seat again in the 2011 election, again finishing second, but cutting the Labour majority to 511. He was again returned to parliament through the regional list. Stuart was elected as the MSP for Greenock & Inverclyde on 5 May 2016 with a 53.7% vote share and a massive 8,230 majority, becoming the first SNP member to win this constituency at the Scottish Parliament.

During his time as an MSP, Stuart has led campaigns on a number of issues in Inverclyde including a campaign to reduce the price of fuel in the area, improving the trunk road network, increasing marine tourism and tackling drug misuse. He has also been very vocal in his support for action to be taken against the rise of fixed-odds betting terminals, securing a victory in 2018 when the UK Government finally agreed to limit the maximum stake to £2.

At present, Stuart is the Deputy Convener of the Scottish Parliament’s Delegated Powers and Law Reform Committee and is also a member of the Culture, Tourism, Europe and External Affairs Committee. He convenes the Cross-Party Groups on Tourism, Visual Impairment and Recreational Boating and Marine Tourism.

Stuart is also the Scottish Parliament’s Parliamentary Piper and plays the pipes at official functions for the Parliament. In 2017, Stuart toured the country and played the pipes at all 42 senior football grounds in Scotland raising money for charity. Since then, he has also piped at the official opening of the Queensferry Crossing, on top of the V&A in Dundee as part of a St Andrew’s day promotion video for Visit Scotland and at the Euro 2020 qualifier between Scotland and Cyprus.

Stuart is a lifetime honorary member of Clydeside Action on Asbestos and is currently taking forward a Member’s Bill to recovery the NHS the medical costs relating to industrial disease. On 3rd May 2015 he was elected to the board of Moving On Inverclyde, a charity which supports recovery from problematic substance use (drugs and alcohol).